In the trilogy Genizah, Shahar Marcus and Nezaket Ekici perform rituals intended to reinfuse sacred books that have grown old and tattered with an aura of holiness. The rituals they enact are reminiscent of religious ceremonies while differing from them significantly, since the artists attend to religious beliefs while offering their personal interpretation of them.
According to both Judaism and Islam, the sacred texts capture God’s words – as transmitted verbatim to Moses (in Judaism) or to Muhammad (in Islam). The books themselves are thus viewed as sacred; they must be treated with respect, and cannot simply be discarded. In Judaism, the Halakhic solution for books that have fallen out of use is the Genizah – the respectful burial of sacred texts. In Islam, there is a range of solutions for disposing of ragged books, and there is no agreement among the sages concerning one preferred solution. One of these methods, which is identical to the Jewish Genizah, is burial in the ground; additional options include sinking the books in water, or tearing and burning them.
The “sacred” ceremonies performed by the two artists unfold in Israel, Istanbul and Rome.
The opening scene of the video Genizah takes place in the Ben Shemen Forest, in Israel, in a contemporary, improvised cave that serves to house discarded books. The volumes lying about at the opening of the cave does not accord with the original purpose of this custom – the respectable burial of old books. The actions of gathering, cleaning, and rebinding the books, and finally reading from them out loud, restores them to use, as they form a library in the midst of the forest.
The video work The Sea of Life takes place at dusk in a crowded area of Istanbul. Marcus and Ekici perform a public ceremony during which they walk through the city carrying containers filled with volumes of the Quran. Later, they pour water from the river onto the open books. The now sanctified water streaming from the books is carefully gathered into goblets, and the artists redistribute it in the world by returning the water from the goblets to the river.
In the third ceremony, sacred Christian texts are extricated from recycling bins, and serve as holy relics during a pilgrimage that takes place on a staircase in Rome. The artists reconstruct various customs associated s knees and carrying ׳ with holy pilgrimages, such as ascending stairs on one’s back during the tormenting ascent. The ancient books are now the focus of the pilgrimage. They are opened, cleaned, and surrounded by clouds of holy incense.

Ekici and Marcus began collaborating in 2012, and their joint projects center on exploring extreme states involving the human body. In the trilogy Genizah, they explore a deep emotional aspect of their respective religions – Judaism in the case of Marcus, and Islam in the case of Ekici, who is married to a Christian – and create an amalgam of religious and artistic practices. 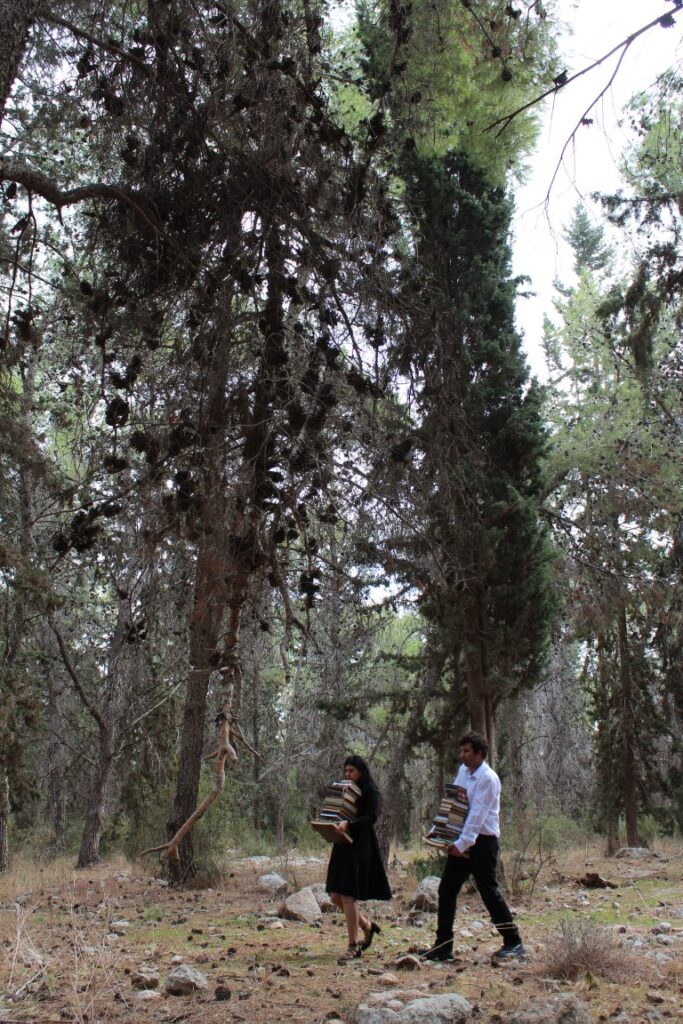 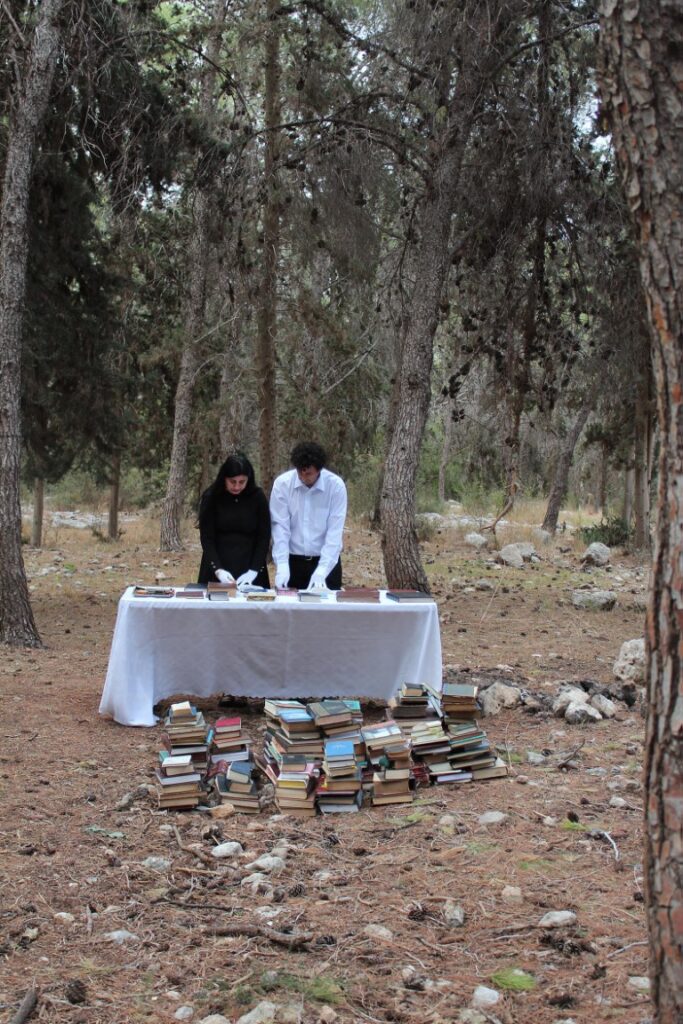 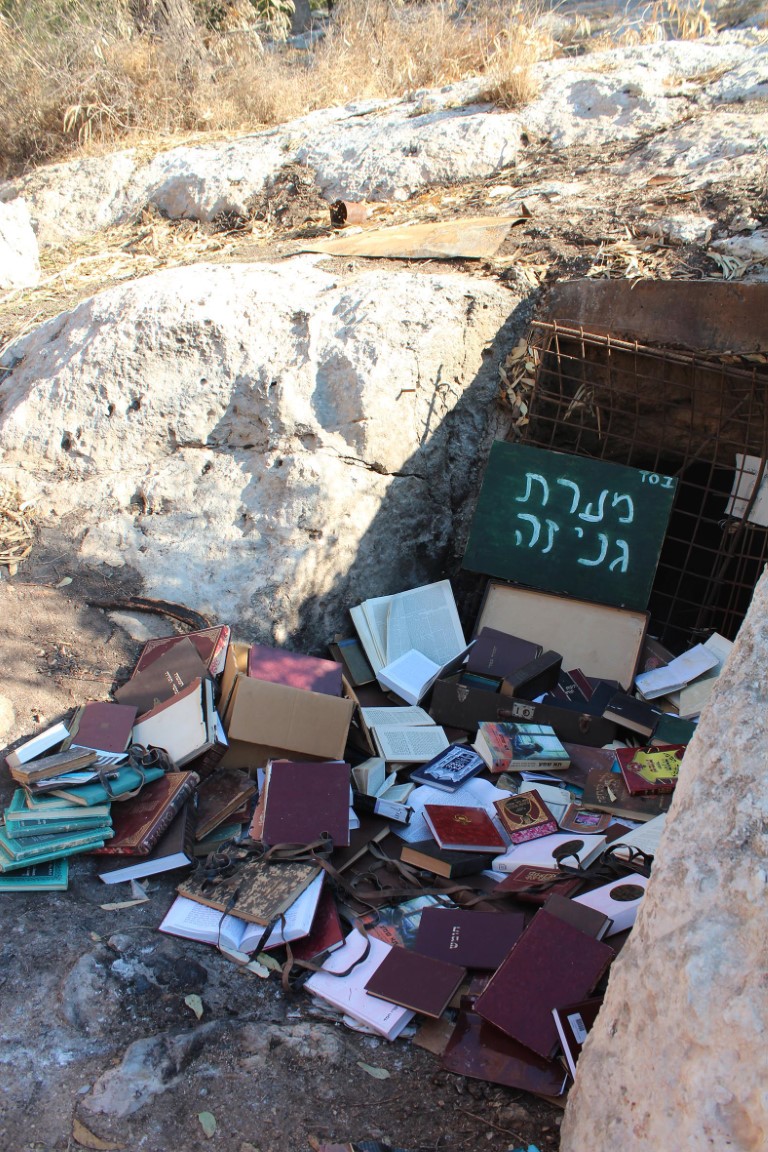